Today was an extremely unique day.  We spent a pleasant day off roading in the desert of southern Utah.  Just west of Zion National Park, there is a maze of trails to be explored.  There are no signs, markers, or arrows to point what direction to go.  We had to find our way around the beautiful red rocks, mesas, and hoodoos that make up the terrain east of St. George.

We had a destination - the Red Bull Mountain Bike World Champion Course that was somewhere south of Hwy 9.  With no signs to guide us, we just took off and drove until we came to it. 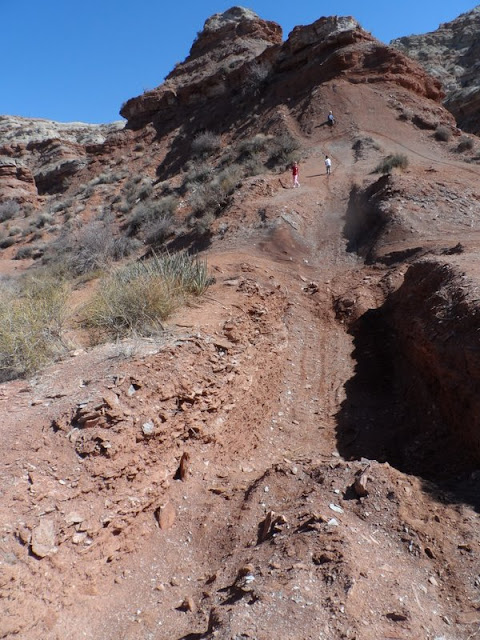 The kids had fun just running down the mountain bike ramps built for the race. 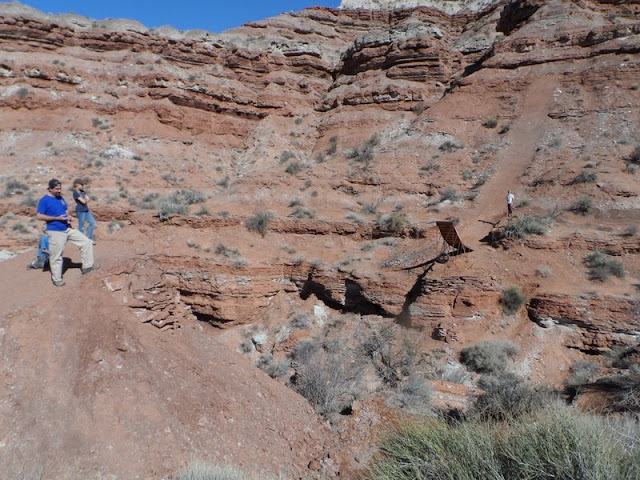 When we first saw this ramp we laughed at how someone must be crazy to jump it with their mountain bike.
Little did we know we were about to see someone try it. 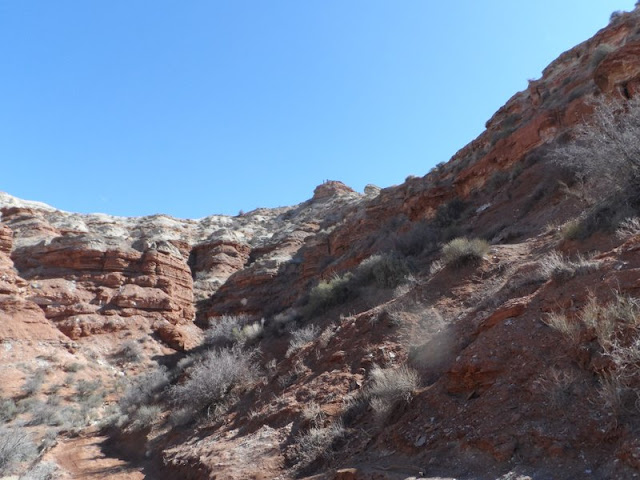 Ramps and hills were everywhere. I took a short cut hiking up a ravine and had a hard time climbing it on
two feet much less with a bike! 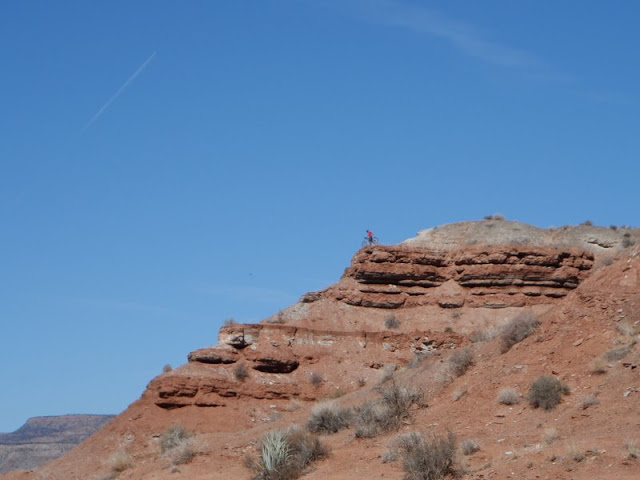 We met some guys out there riding. They were incredibly nice and we had a great time talking with them.
This is Aaron Butler.  He is wild with his bike as he attempted some of the craziest stuff I've ever
seen in real life. 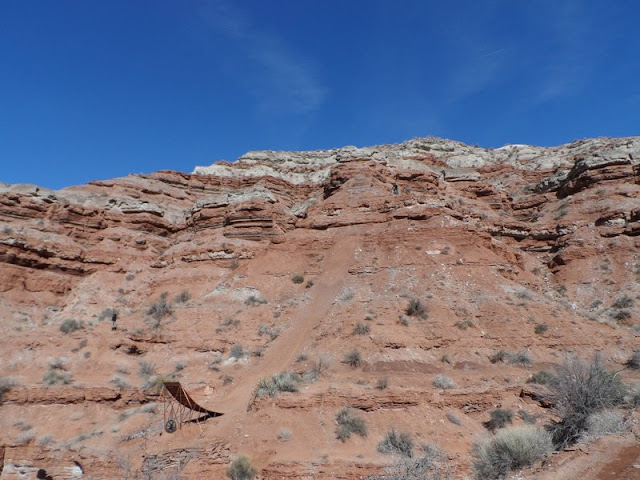 I was in shock when we were told Aaron was going to attempt, for the first time, this huge jump. 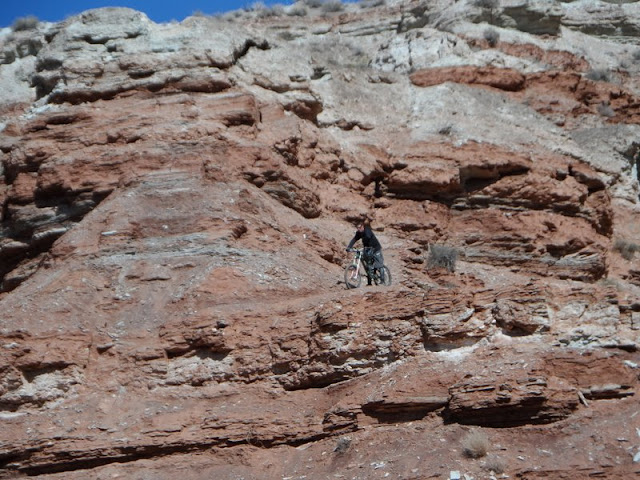 There was no way we were going to miss it. 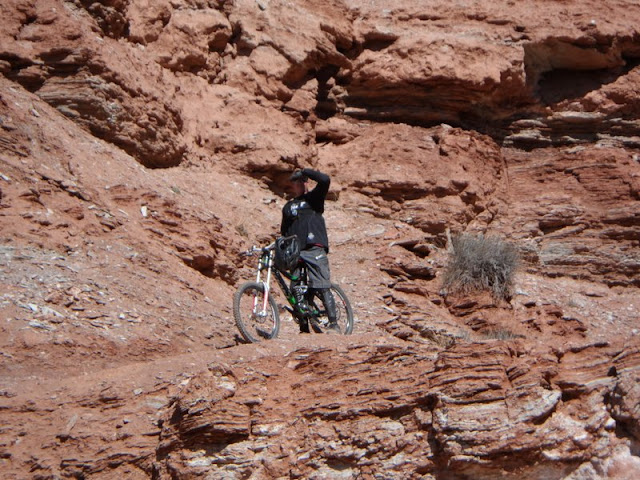 He checked out the ramp and the track leading to it many times. 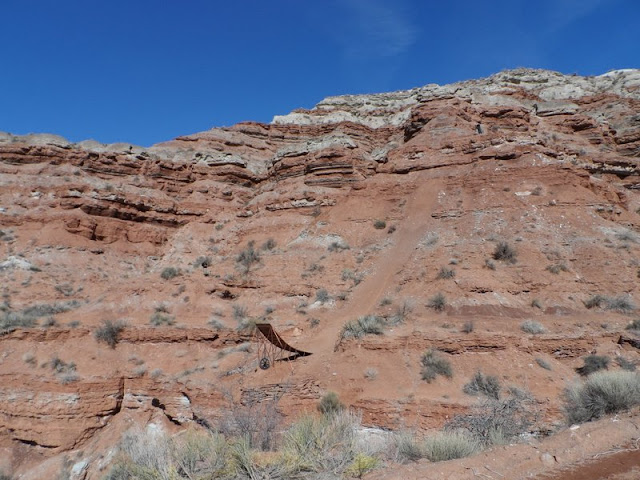 The jump was huge. He brought the ramp from home and put it where the Red Bull ramp was during the
race.  It was back 10' so it was a longer jump than the race. 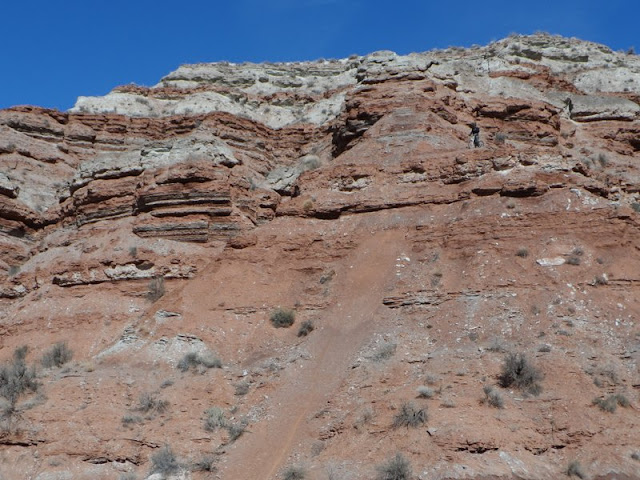 You can see him on the top right of this picture. 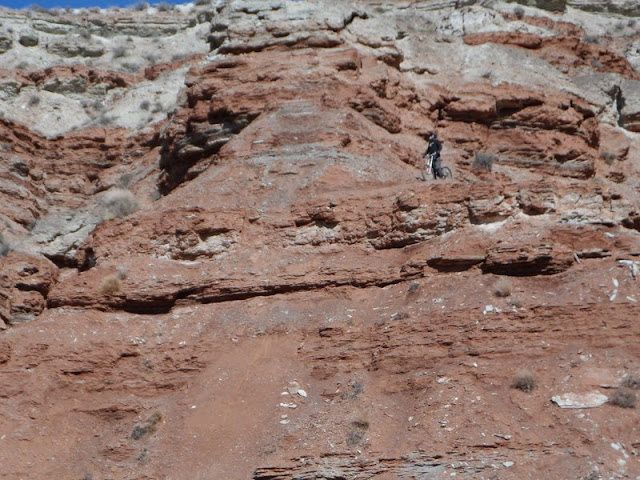 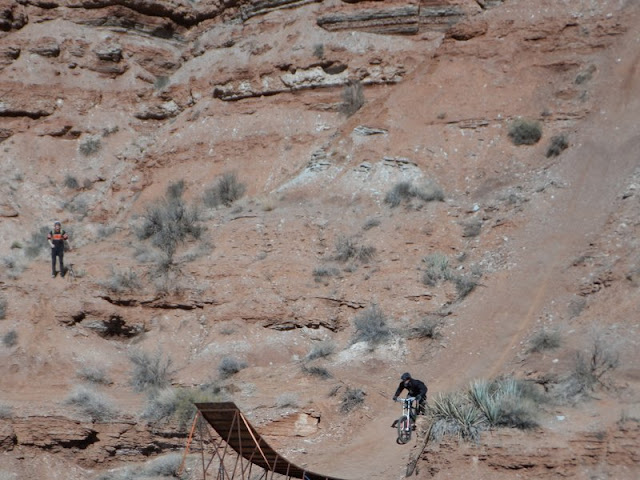 He took off down the hill at full speed. He had to make a correction just moments before he got to
the ramp.  He hit the brakes and slowed down some which later he said
was a mistake. 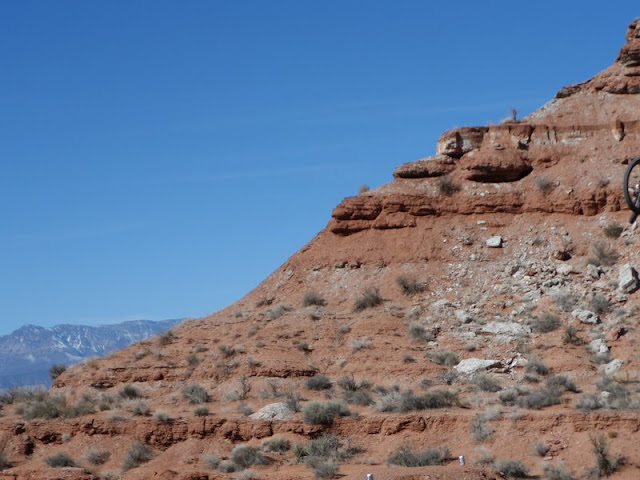 I was in complete shock.  It was so unbelievably scary that I just clicked the camera and didn't
even look at what I was taking a picture of.
If you look close you will see his tire on the top right of the picture. 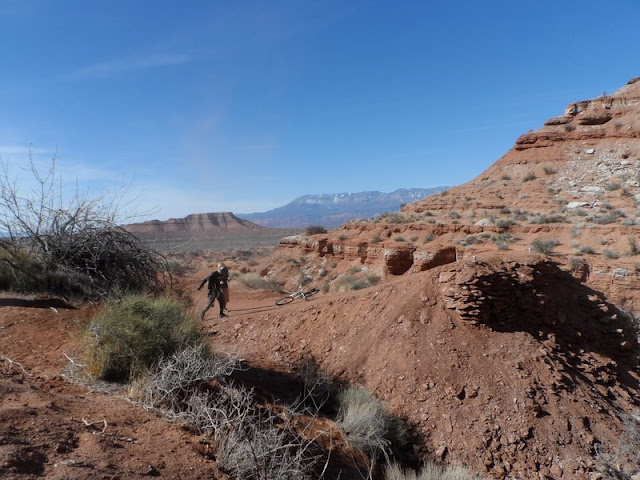 Sadly, I didn't get a good pic in the air but I finally came to my senses and got one of him
on the ground, after he barely landed. 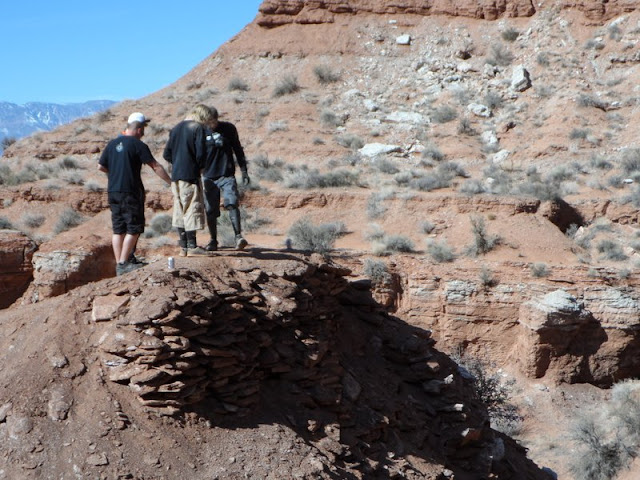 Him and his buddies checked out where he barely made it to the edge of the cliff. 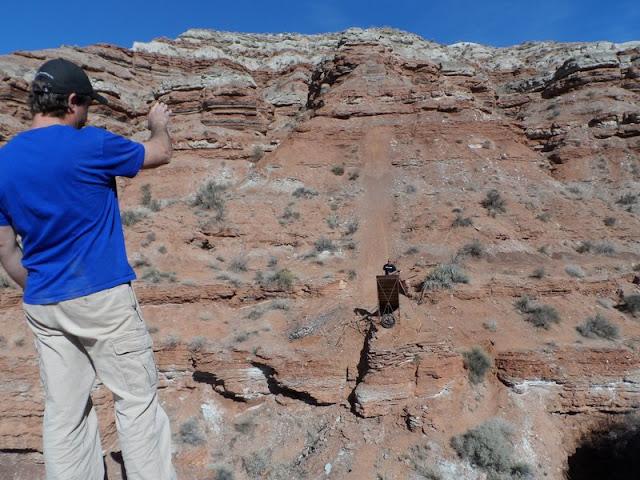 If you look across the ravine you can see where a man is standing on the top of the ramp.
It gives a little perspective on the length of the jump.

The jumps, ramps, and ravines that those riders competed on where unbelievable.  All I could think about was their mothers.  How could they stand to watch their boys ride such dangerous maneuvers?

We happened to arrive at the perfect time - there were a bunch of riders there taking on those same hills that I thought they were crazy to even climb on two feet!

The story continues, which I am writing for my book.  There are some days in our lives that we experience things that are absolutely beyond belief.  Today I watched a young man jump one of those ravines on a mountain bike.  He built the ramp himself and jumped over 30 feet across to a landing on the other side of a deep ravine.  I don't know how far the jump was for sure. This is just a guess.

My heart leaped with him as his tires left the dirt and began to fly through the air.

He had never done it before, but was not an amateur.

This was the first time to attempt such a jump.

I got back home, to the camper, and thanked God that he survived with only some bumps, bruises and scrapes.  My emotions overtook me as I watched the video of it on our computer.  It truly was a miracle that he made it.

Tears poured down my face as the reality of what I saw hit me.  Only by the grace of God did he make it.  Never in my life have I felt that my prayers were so critical in someones life.

We were there for a reason and it wasn't the show.  God has a plan for that young man's life.

Thank you God for Your divine intervention.
at 11:01 PM