While working on my newspaper articles I overheard my eight year old say,

The ....... was either white or black, I couldn't quite understand everything he was yelling.  I began to listen closely to find out if he said, "Only kill the black guys!"

Concern crossed my face as I listened intently for him to repeat his comment while he was playing war with his siblings. 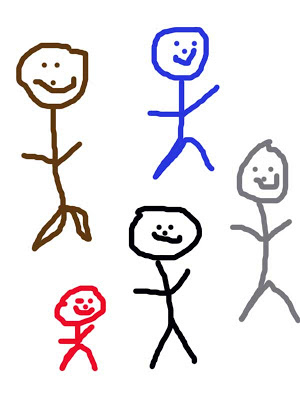 "Only kill the white guys!  Save the black guys and the dwarfs!"

It was a relief that he hadn't picked up any racial prejudices from a recent visit from relatives.  It is shocking how many people still look down on other races.  Whether it be the Indians, Blacks, Asians, homeschoolers, large families, Christians, Mormons, women, and non-minorities - prejudice abounds.

I've heard recently that certain government jobs can only be filled by minorities this year.  So, basically since my son is white he can't get the job.

We also were told last month that a family member is getting a check for $30,000 this year just because he is an Indian.

I have to admit, I am happy for him and his family.  I know they can really use the money.  But, is that fair?

I understand that there are certain people groups that need help getting out of the cycle of poverty and despair and I totally agree with them getting the help they need.

Government programs abound that help families that are having a hard time and I am thrilled to have our tax dollars go to them.

So, I hope you understand that I am totally against prejudices and for truth.

I remember when I joined the Navy.  I was only 17 yrs old.  There was a young man from Kentucky in the barracks and he shared with me that the Klu Klux Klan was still in operation.  I didn't believe him - there was no way it was still around.  That just showed my naivety.

As Americans we have the freedom to believe any way we want as long as our actions stay with in the law.  And, I also believe as a Christian, God gives me the choice to believe what I want even if I am in error.  He does not do mind control or brainwashing.  But, I am accountable to Him for those choices and beliefs.  If I chose to go contrary to His ways of loving people no matter what their race or gender, I will suffer the consequences.

Many of our beliefs and views are based an false information and family patterns and influences.

What if we took each man, woman, child, and family on their own merit?

What if each person was judged by their actions and character instead of the color of their skin or if they are mail or female?

As I continued to listen to my children play I heard the yell, "Also save the blue guys!"

A little relief washed over me as I realized my kids were not being prejudice against black people.  In fact, they were protecting them as well as dwarfs and blue people!"  Later I also found out they were just talking about the color clothes their dolls were wearing, not their skin color.

There is nothing wrong with noticing someones skin color or ethnic heritage.  I'm proud to be Irish and Norwegian.  My grandmother is proud to be, as she says, "All American and fully Texan."

We can acknowledge our differences and even learn to rejoice and appreciate them.

I believe we also have a responsibility to teach our children to accept each person on their own merit.  We hear jokes about hillbillies from Arkansas.  When we travel to the south, people say I talk weird and when we go to the north, my husband hears the same jokes about his southern accent.

People think because we home school and have a large family we are wrong.  The judgement about whether it be about our family size, school preference, traveling full time, our religious beliefs, or how we spend our days. 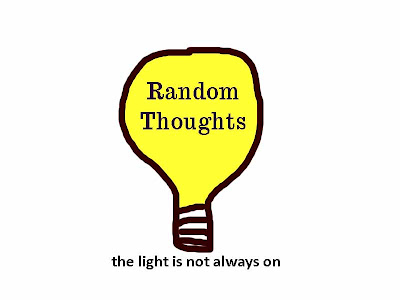 Why are people so opinionated?

If we all take the steps to be content with our life and trust other people to make their own choices.


Prejudices abound in every country, state, and community.  Take a moment and think about what yours are.  We can all begin the change.