Sheri Smith is a woman that feels anyone and everyone can and should make a difference in our neighborhood, city, state, country, and world. 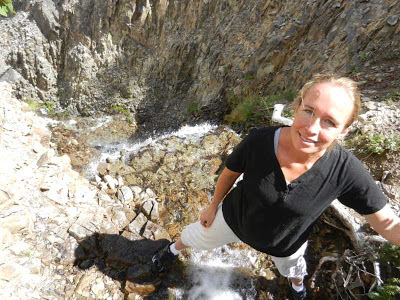 Sheri graduated from high school in southern Wisconsin. She joined the Navy and served her country proudly for over three years as a Spanish linguist. While in the Navy, she met her husband, Shae, and fell madly in love. They married and decided to have a child, which was the start of their now full home.

Her love for people and education spurred Sheri to make the decision to run for president. Her desire is to educate her children, family, community, state, country, and world on the foundations of government and the responsibility of every citizen and immigrant to be knowledgeable in these areas.

Sheri feels that people need to be more educated in the voting process and the basics of government. Through posts on this blog Sheri hopes to bring a light into the darkness of political ignorance blanketing our country. She has so much to learn herself, so she desires to take the country along with her on this long journey of increasing wisdom about the democracy we live in and the world governments around us.

US Constitution, Article II, Section 1
No person except a natural born citizen, or a citizen of the United States, at the time of the adoption of this Constitution, shall be eligible to the office of President; neither shall any person be eligible to that office who shall not have attained to the age of thirty-five years, and been fourteen years a resident within the United States.