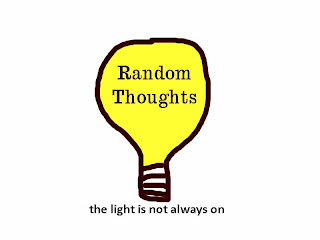 What a Republican Primary. I have a feeling there were some decent, honest people running with the right motives, but we may never know for sure who they were! Mr. Romney could be one of them, Santorum, Bachman, and others - but with the negative ads, bad press, personal attacks, and constant lies and accusations - it may remain a mystery.
I do agree that each candidate should have enough sense to understand that running for president will bring ridiculous scrutiny to their life. That is one reason I could never really be president - I don't want all of you to know my secrets!!! But, for those that really do want to be president, honesty from the start would be best.  If you have had an affair, cheated on taxes, hired an illegal, bribed an official, etc., this might not be the race to run in.  I have to say, it is sad that our mistakes of 15-20 years ago can come back to bite us in the booty.  The mistakes of my past are forgiven by God and by my loved ones that I hurt.  Yet, I know that everyone of them would be fair game if I ever seriously ran for President.  For example, eating dog or strapping one to the top of your car!  But, sometimes those mistakes of the past are not mourned – instead they are hidden and there is no repentance.  Those same mistakes show a person’s consistent bad choices and bad character.
The moral of my story - No surprises!
Next, why can't the candidates be rich? Why is that a bad thing? Maybe if they win they should consider donating their pay to help us get out of debt!
Mitt Romney is the Republican candidate and I can only hope he is a good man that will truly try to make our country better from the inside out if he wins. It will take someone with vision and character, someone who can reach into the souls of the people and inspire them to do better, be better, and try to make a difference in their homes, their communities, and their country.
at 12:02 AM