Annoyed With My Husband

I have to be honest with you; I do get annoyed with my husband sometimes.  There are moments that he makes no sense to me.

Something that seems so obvious to me is totally foreign to him.

At these moments I find myself getting impatient and wanting to lash out in unkind way such as sharp words or looks on my face that show my displeasure.

This is when I have to make a serious choice. 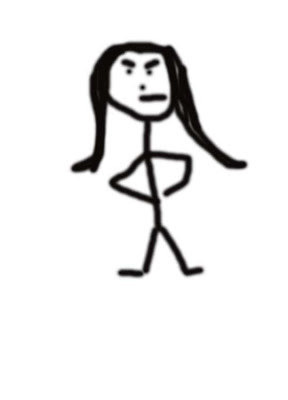 I can either chose to be forgiving and patient or rude and nasty.

I have learned that I can be assertive with my needs and concerns without being offensive or defensive.

For example, this morning we were leaving the motel in Story City, Iowa.  After 8 weeks in northern Wisconsin, we were ready to head home to our camper we left in southern Missouri.  It had been a long night on the road yesterday.  There was the huge snow storm in the north and the roads had been icy.  My husband had to really concentrate to keep us safe in such hazardous conditions.

We finally stopped in Story City, Iowa at a Comfort Inn around midnight.  Some of the kids woke up when we entered the motel room, ready to have fun.  Shae was exhausted from the intense driving conditions and just wanted to shower and go to bed.

How rational that is, I am not sure.  Six kids in one motel room, after a long drive, isn't exactly the atmosphere for quiet!

Some kids fell right back to sleep, while others were ready to party!

I'm not sure what time it was when we were all finally asleep, but I am thinking it was close to 2am.

We had to get up early to get on the road.  Shae, my husband, had to do some work on his laptop before we headed out.  The kids and I ate the continental breakfast while he worked.  Then, we brought him food to the room so he could finish the work.

I noticed he seemed grouchy and short tempered.  His eyes looked red and his forehead creased.  He had a headache, and a pretty good one from the looks of it.

Now, as we were loading up and trying to get going in the frigid temperatures, Shae kept making mistakes.  He put the diaper bag on top of the DVD player.  He asked Cody to do something that just didn't make sense to any of us and then Shae was grumpy about it! He didn't seem to be thinking through leaving the motel room in an efficient manner like he usually does.

At this point, I was tempted to say something about him needing to settle down.  Can you imagine how that would have gone over?!  That comment would have just made him angrier!  Thank goodness I didn't do that.

Instead, I chose to be patient and understanding.  I did pull the DVD player out from under the diaper bag.  I reminded him of a better way to take care of the chore that he had wanted Cody to do that didn't make sense.

I chose to remember that his head hurt and he needed an understanding wife more than a nagging woman.

I don't always make the right choice.  Sometimes I am not as understanding as I should be.  I am learning though.

There is a balance between not letting someone be unnecessarily rude to us and doing as the bible says "Love covers a multitude of sin".

Being sick or wore out does not give us right to be rude or unloving to those we love the most.  Yet, I believe that we need to be understanding and loving when someone we love and care about is hurting or in a weak state.

Shae is driving right now.  His head feels a little better.  His eyes are still red and puffy but he says the ibuprofin helped.  I am trying to keep the kids from yelling in the back seat.  They are not yelling angry, just having lots of fun.  I am trying to teach them to love their father and respect him.  They can show their love and respect by caring that he has a headache.  This attitude is taught to children, it does not always come naturally.

Our response to our husbands are watched closely and mimicked by our children and those around us.  If the kids see us impatient and disrespectful to their father, they will be.  They see if we roll our eyes or walk away frustrated.

It is the hard path to chose to be loving, although it gets easier and easier the more I chose it.

Email ThisBlogThis!Share to TwitterShare to FacebookShare to Pinterest
Labels: Womanhood